Enter your email to stay up to date on any tours & events in your area as well as new releases or exciting news related to Win Blevins.

“I came naturally by my yen to wander far places, physical, imaginary, and spiritual...”-Win Blevins

Win Blevins, of Cherokee, Irish and Welsh descent, is from a family that was on the move, always west. Win's childhood was spent roaming, his dad a railroad man. Win went to school in St. Louis, and the family spent summers in little towns along the tracks of the railroads. He listened to the whistles blow at night and wanted to go wherever the trains went.

Seldom has a young man been in more of a hurry. Using scholarships, Win ran through a succession of colleges, receiving his master's degree, with honors, in English from Columbia University. He taught at Purdue University and Franklin College, then received a fellowship to attend USC. Win became a newspaperman - a music, theater, and film critic for both major Los Angeles papers. In 1972 he took the big leap-he quit his job to write out his passions-exploring and learning wild places-full time. His greatest passion of all has been to set the stories of these places, their people and animals, colors and smells, into books.

Win climbed mountains for ten years. A fluke blizzard caught him on a mountaintop and froze his feet, an end to climbing mountains, but not to exploring them. He's rafted rivers in the west, particularly the Snake and the San Juan, and was briefly a river guide. His love of the great Yellowstone River gave him a fine appreciation for the people who first loved these wild places. Along the way, Win lost the use of his legs and learned to sail, deciding a boat was a good place for a man without legs. He regained the use of his legs, and maintains his love of the open seas.

His first book, Give Your Heart to the Hawks, is still in print after thirty years. Other works include Stone Song, a novel about Crazy Horse, for which he won the 1996 Mountains and Plains Booksellers Award and the 1996 Spur Award. He's written multiple books, including a Dictionary of the American West, numerous screenplays and magazine articles.

He lives quietly in the canyon country of Utah. His passions grow with time-his wife Meredith, the center of his life, their five kids and grandkids. Classical music, baseball, roaming red rock mesas in the astonishing countryside, playing music... He considers himself blessed to be one of the people creating new stories about the west, and is proud to call himself a member of the world's oldest profession-storyteller.

Beauty for Ashes and Heaven Is a Long Way Off

Give Your Heart to the Hawks 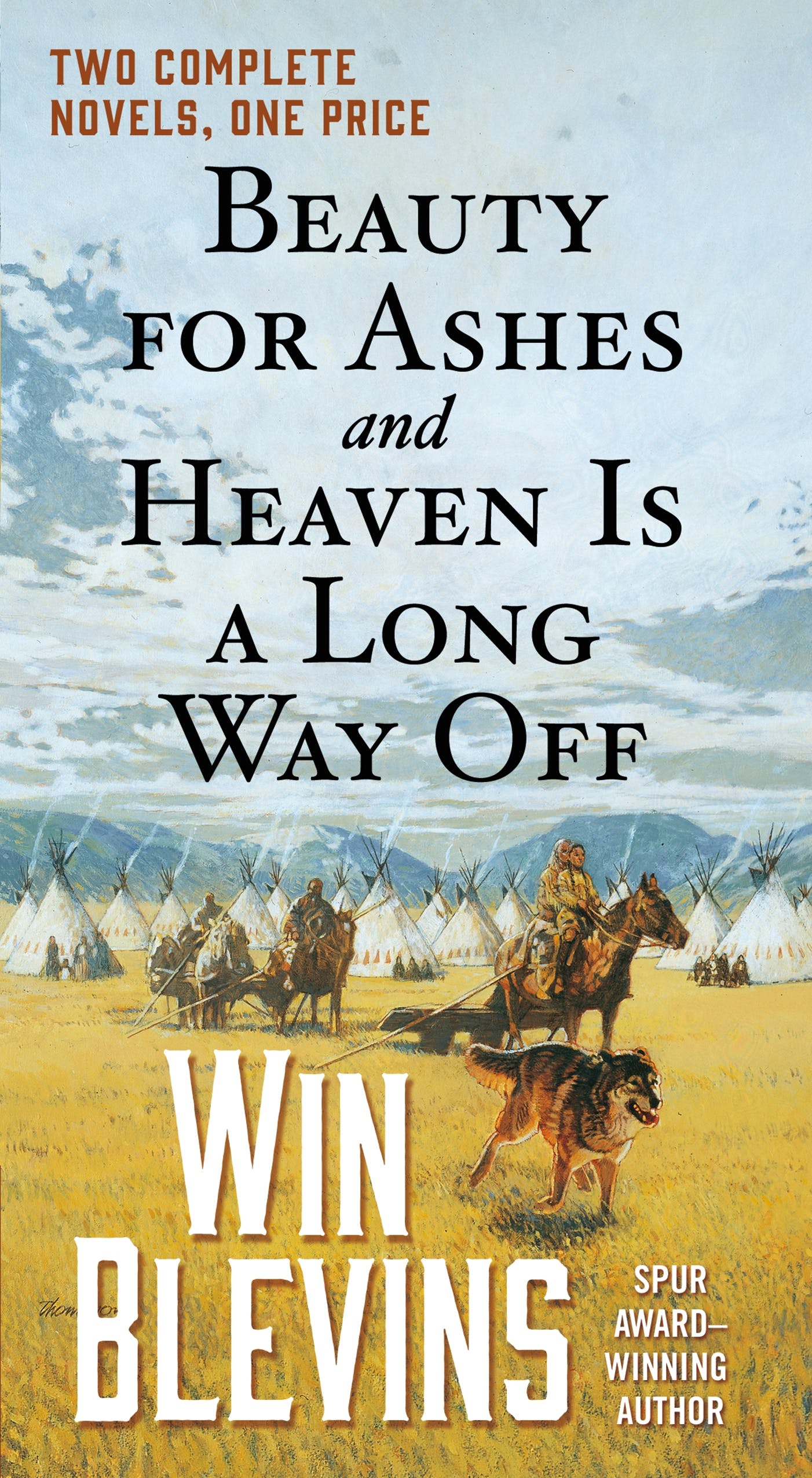